[Warning: Before travelling to this area, please read about the virus detected]

Los Alerces National Park is one of the most beautiful and unspoilt natural parks in the Patagonia region, southern Argentina. It consists of two parts: the formally declared national park of 187,379 hectares (723.47 sq mi) and the adjoining Los Alerces National Reserve of 71,443 hectares (275.84 sq mi).

The Park is shaped like a rough rectangle, extending approximately 65 kilometres (40 mi) north to south along the border with Chile and 45 kilometres (28 mi) east to west. All of Los Alerces National Park is in the drainage basin of the Futaleufú River, although the river is called by several different names during its course in Argentina.

Below Futalaufquen Lake is Kruger Lake and the Frey River which flows into Amutui Quimey Reservoir, an artificial lake. The river known as the Futaleufú emerges below Amutui Quimey reservoir and becomes the southern boundary of the National Park. Scattered around the mountains and valleys of the park are a number of smaller lakes and streams. [Wikipedia]

How to get there, and where to stay

The National Park has a Ranger Headquarters with a seat in the Municipality, located in Villa Futalaufquen, an information centre and 3 zonal offices: North, Center and South, to which a total of 13 sectionals are added, most of them located along the route 71.

The Futalaufquen village is the only urban settlement in the Park, with about 50 houses and 200 inhabitants, with the majority of the population being employees of the National Park Administration. The most popular hotel in the area is Hosteria Futalaufquen. It is 3.1 miles from the Villa, 31.1 miles from Chubut, 35.4 miles from Esquel Airport, and 550 yards from Puerto Limonao. It offers bungalows and suites, free parking, and outdoor activities such as rafting, canopy walking, fishing and horse riding.

Other good options nearby are Laguna Larga Lodge, Pueblo Alto Lodge, Hosteria La Portada and Altos del Molino. You also have many more options in Esquel, which is a bigger city.

However; if you like nature and want to live the best out of it, I recommend staying at Camping Río Arrayanes. This is a very popular option for adventurers, cyclists, fishers and families alike.

As you can read on their website: “The concept of Río Arrayanes aims to create or recreate the bonds between man and nature in mutual respect. We offer low impact accommodation on an untouched Andean environment, isolated from the urban routine and traffic. We invite you to discover virgin and protected forests and their timid habitants, admire the glaciers and millenarian larches under the flight of a condor; share the river and fly fishing, a campfire and a drink with our friends.”

You can book and read about all their facilities and offerings on their website.

El Bosque de Alerces Milenarios or Alerzal Milenario (Spanish for Ancient Fitzroya Forest) is one of the most popular attractions in the park, and in the Patagonia region as well.

The Alerce (Fitzroya) tree is the second longest living tree species in the world (some in Chile are 3,600 years old). It is also the largest tree species in South America, normally growing to 40–60 metres, but occasionally more than 70 m, and up to 5 m trunk diameter. (Charles Darwin reported finding a specimen 12.6 m in diameter). It grows very slowly and belongs to the family Cupressaceae (cypresses)

The species is globally threatened, so the property is vital for the protection of some of the last portions of continuous Patagonian Forest. The National Park was created in 1937 and has the largest Alerce forest in Argentina. It was Designated a World Heritage Site in 2017. The Alerce is restricted to a small range in Chile and Argentina and the species is endangered due to the exploitation of the tree for lumber.

Reaching the forest is not easy, which is another way to protect it. Boats depart from the northern end of Lake Menéndez, a port called Puerto Chucao. After navigating the beautiful lake for an hour and a half, the boat is docked at Puerto Sagrario. From that point, there is a 2 km footpath with stunning views, including the Swan Lake (Lago Cisne) and the river with the same name.

To get to Puerto Chucao, you can go to the parking lot located next to Route 71, then cross the suspension bridge, and a short walk. Two companies offer the boat service, but tickets cannot be purchased online easily. The recommendation is to get them from the local tourist offices. Now Viator offers the tour here, which could be an easier option. Either way, you should find out about the offices and timetable in advance.

The National Park has a good variety of trekking trails, and it is one of the five National Parks that make up the “Huella Andina” (Andean Footprint), where you can enjoy hiking or trekking along roads of different difficulties. Some of them require to register with the park rangers.

One of the best and more natural ways to explore the park is by Kayak. The company Kayak Soul, located in Esquel, offers some unique experiences to contemplate the environment around the park’s lakes and rivers.

The company provides 5 different tours, all of them along Río Arrayanes, and also kayak lessons. One of the most advanced tours comprises 5 days, stopping at different lakes and camping along the way. A detailed description of this tour is described in this article (in Spanish) from an Argentine newspaper.

In January 2019, tourists in Patagonia have been warned to take precautions after an incurable virus killed nine people. Argentinian press estimate there are about 60 cases, with 50 in quarantine.

The outbreak began in Epuyen, a small lakeside town to the north of Esquel, the largest Welsh-founded town in the Western Andean area of Patagonia. Government officials in Chubut have warned tourists to take precautions if they visit the region, especially if flu-like symptoms appear within one or two weeks of their visit. [BBC]

No comments yet
hiking kayak lake 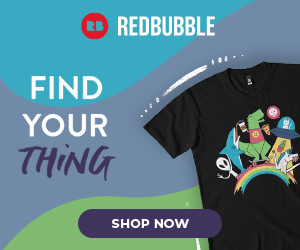